We would like to offer our sincere support to anyone coping with grief. Enter your email below for our complimentary daily grief messages. Messages run for up to one year and you can stop at any time. Your email will not be used for any other purpose.

Share a memory
Obituary & Services
Tribute Wall
Read more about the life story of Jon and share your memory.

Jon held many titles, the most important of these was Christian. He was also a son, brother, husband, father, grandfather, uncle and beloved friend. Jon was married to Elaine in 1960, and in August of this year, they celebrated 62 years of marriage.  He was a long time member of First Baptist Church in Bay Minette. Jon and Elaine owned Knight’s Furniture until he retired to the woods of Jack, Alabama in 2002.

He was most at home in these woods hunting and fishing.  He enjoyed teaching his children and grandchildren to love the outdoors as he did. He cherished the many hours spent at the pond with Elaine and his dog, Jake.

He is preceded in death by his father, William and his Mother, Naomi Burt Knight, brothers Bill and Bob Knight, and two grandchildren, Hannah Lauren Knight and Jon Martin Valverde.

The family wishes to thank nurses Sarah and Amy for the loving care provided in his final days.

To send flowers to the family or plant a tree in memory of Jon Claude Knight, Sr., please visit our floral store. 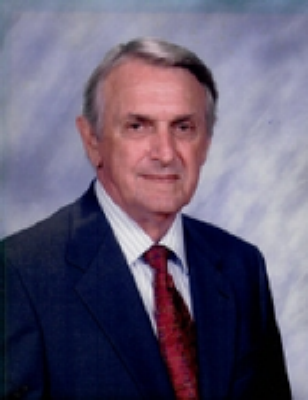 In Loving Memory Of

Look inside to read what others
have shared
Family and friends are coming together online to create a special keepsake. Every memory left on the online obituary will be automatically included in the book.

In Loving Memory Of

Look inside to read what others have shared

Family and friends are coming together online to create a special keepsake. Every memory left on the online obituary will be automatically included in the book.

You can still show your support by sending flowers directly to the family, or by planting a memorial tree in the memory of Jon Claude Knight, Sr.
SHARE OBITUARY
© 2023 Norris Funeral Home. All Rights Reserved. Funeral Home website by CFS & TA | Terms of Use | Privacy Policy | Accessibility